Way back in the day when I first started blogging there was a site called NaBloPoMo.com, or something along those lines, which stood for National Blog Posting Month and was held every November.  People would join, some would donate prizes, and then everyone would try to publish a blog post every day during the month.  If you succeeded you could enter a drawing for one of the prizes. There were lists of all sorts of blogs; I met so many fun people...some of whom are listed over to the side...the blogs I used to follow but mostly no longer do.

Even though there is no longer an official forum or page or anything else I thought I would once again try to blog every day for a month this November.  I need to sharpen my writing skills.

Here are some pics I took yesterday on my walk with Ellen and Bella: 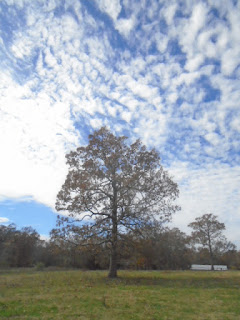 Mostly I wanted to capture the sky in this shot. 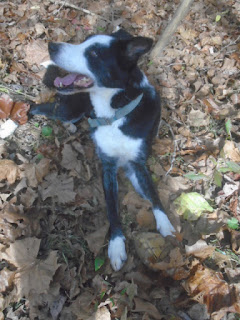 She has a particular talent for sniffing them out.  She will carry them around a bit.  She usually wants to sit and chew on them a bit, but I take them away from her.  She wouldn't look at the camera because she knew I was going to take it away.  But she is pretty proud of herself here.

Ellen and I found this armadillo.  It was quite busy.  Thankfully Bella didn't see it. 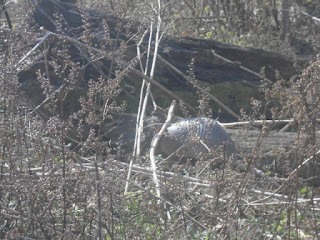 Ellen found herself covered in Spanish needles.  They can be pretty prickly.  I remember we used to have these where I grew up in Humboldt County California.  But I don't ever remember calling them Spanish Needles; I am not sure we ever called them anything but aggravating. 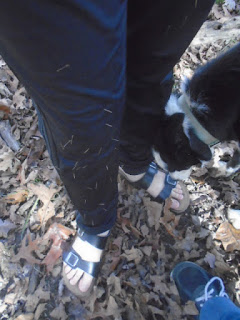 we call them stick tights, or beggar lice :(
hope all is well your way.