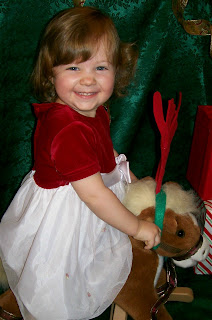 Here's hoping you have a wonderful, blessed holidays.

Yesterday we were supposed to have a horrible snow/ice/freezing rain type of day, but it went south of us. We got a bit of rain, but it warmed up and things thawed out instead of freezing up. Thank the Lord. It has cooled off again today, and a few snow flakes actually came down out there a bit ago, but hopefully the worst is over with. I am not one of those white Christmas admirers; if I have to do chores I'd rather it be dry.

Yesterday hubby had to pull a bull calf and had a first happen. This was one of those where I knew from the beginning it was going to be an issue. When I went up to feed the dry cows one was in labor with just one huge hoof and a huge nose coming out. Hubby went up later and still no progress so he brought her down here. One of the calf's legs was folded back so hubby had to shove the whole calf back into the cow and then try to get both legs coming out at once. (This sounds easy in print, but shoving against an 800 or so pound beast is no joke) But before he'd figured that out he'd cleaned the calf's nose and mouth so it could breathe. Then while back inside the cow the calf let out a moo. Hubby said it was weird, he'd never had one do that.

The calf is doing OK, but it was so large that it has that tendon problem. Sometimes when the calves are big their legs get cramped in the uterus and after birth the tendons won't extend so that they can stand. I forget what exactly they call it. We have had this happen several times since I have been here, mostly with the bull calves. But they always keep attempting to stand and stretch it out eventually to where you'd never know there was a problem. I am hoping he recovers soon. I don't want to have to keep feeding him. We'd like to get rid of him ASAP, but there isn't much market for bull calves anymore. No one wants them. Hubby says CraigsList has quite a few people on there advertising the bull calves, and we are hoping our regular buyer will keep on buying them for awhile longer.

Have a good one!

The thought of a moo coming from a cow's rear end really amused me. :D

That 's a lot of heavy work getting the calf out